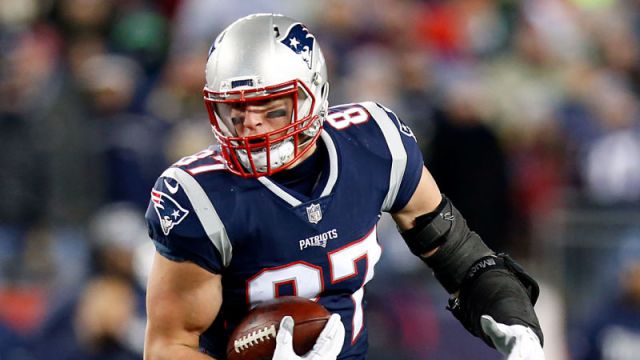 I’ll use this space to keep you updated on some of the fun of this journey. Looking through some data tonight, and Rob Gronkowski’s 2011 is worth a shoutout.

While The Analytics of Dynasty is a primarily a dynasty book, there are other broader takeaways from the data. This is a good example, where paying up for a TE in DFS has been no guarantee the past two years.

The Analytics of Dynasty is designed to make you a better dynasty player. The book is a deep dive into statistical, production, and market research in dynasty football from 2008 through 2017. The information in the book will allow you to make better strategic decisions in startup drafts, rookie drafts, and trades.

A lot of the advice on the open market is tactical advice.

“Should I trade player A and B for player C and D?”

“Player Z is a good value in round 6 of a startup.”

That type of advice is nice but does not move the needle much for your dynasty win rate.

The type of analysis in this book will.

The book will focus on some of the following topics:

This is just a preview of some of the topics in The Analytics of Dynasty that will increase the likelihood of winning a dynasty league.

The right question is what players are the best reflection of a winning dynasty strategy. The Analytics of Dynasty is an e-book being released in January 2019. The e-book is a historical and data-driven dynasty strategy that will give you an edge over your competition in startup drafts, rookie drafts, and free agency.

Jordan McNamara is a contributor and podcast co-host at UTHDynasty.com, a feature writer at FantasyPros.com and contributor to FootballGuys.com with over 20 years of fantasy football experience. Follow him on twitter @mcnamaradynasty.